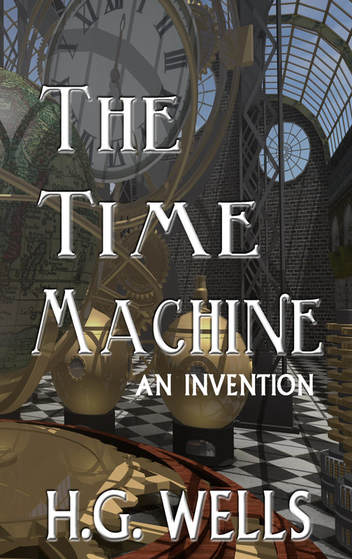 The Time Machine: An Invention
by H. G. Wells

The adventures of a hypothetical Time Traveler who journeys into the future to find that humanity has evolved into two races: the peaceful Eloi—vegetarians who tire easily and live above ground in an assumed Paradise—and the carnivorous, predatory Morlocks, who live underground and prey on the Eloi.

After narrowly escaping from the Morlocks, the Time Traveler undertakes another journey even further into the future where he finds the earth growing bitterly cold as the heat and energy of the sun wane. Horrified, he returns to the present, but soon departs again on his final journey.

This version of The Time Machine: An Invention is the rarely seen American Holt Version, also published in 1895. Same great story. The only differences are adding ‘An Invention’ to the title, reorganization and titling of the chapters, and minor typographic changes to be consistent with American vocabulary. We’ve added the Epilogue (The Heinemann Text – British Version) which originally was not published in the Holt Version, but we liked it and made that one change which readers would notice missing from other editions published.