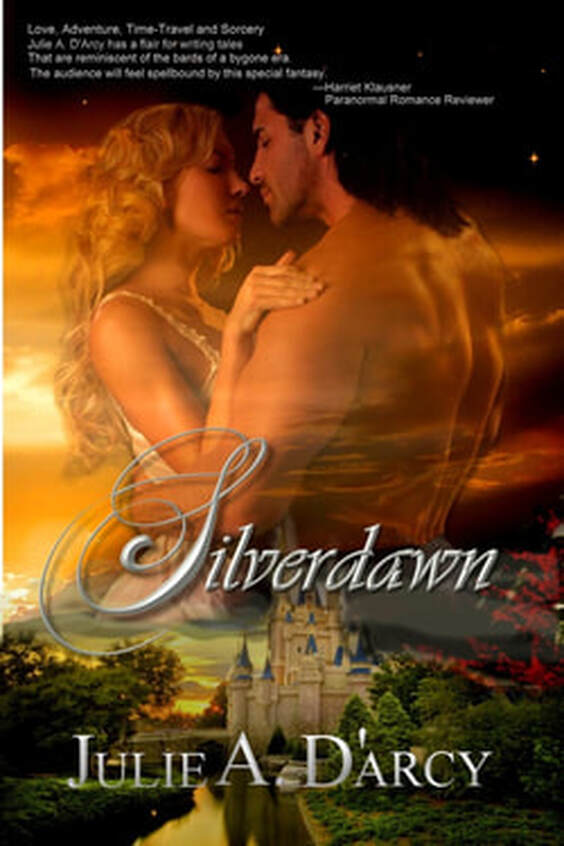 by Julie A. D'Arcy

What if sorcerers had been real? What if magick had been a massive cover-up?

A world is ravaged by a war of demons and sorcery that no human can combat. Rastehm is on the verge of destruction.

Mikkasah is forced to send his daughter into the unknown future of the 20th century.

A dark knight becomes her savior.

Faren Malaan, Knight of Paladia of the Kingdom of Rastehm, is sent forward in time to track and retrieve the Crystal Pyramid. Mikkasah's Astronomers have learned that the pyramid, which shifts through the portals of time, is cracked. And if not restored Isanti's demons may soon escape.

Through sheer luck Istani was not imprisoned by the Goddess Deharna. He also travels through time. However, he must body hop, taking over the bodies of innocents and casting them aside when he has done with them. But this time Istani is trapped in the body he inhabits. The sickly, weak body of Peter Waymer. His only escape from the cancer eating away at him is to find the Pyramid, release his demons and have them in turn heal him. With one thought in mind after his release, to wreak destruction upon mankind!

The fate of two worlds rests in the fading skills of Pendragon former mage to the king, a banished Princess of Rastehm and a Knight of Paladia who combats his own demons.

These three heroes, and the three people they meet along the way, must join forces to restore the Crystal Pyramid to Deharna, and battle the tormented mind of Iraj who will stop at nothing to gain his prize.

NOTE: This is a previously published work. The title, author, and/or publisher may have changed.


​
© 2014-2020. All rights reserved and no exceptions. All personal works on this site are the exclusive property of I Heart Book Publishing, LLC. Work may not be transmitted via the internet, nor reproduced in any other way, without prior written consent.