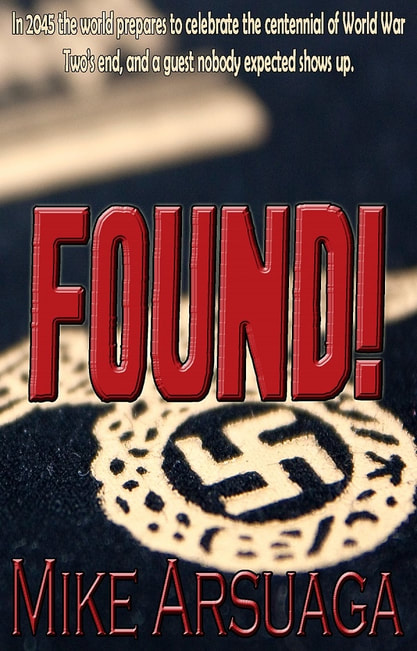 ​The country hasn’t learned much in thirty years. By 2045, America is in a debt-fueled decline. After a presidential election rife with scandal, internal division approaches civil war.

Discovery of an abandoned Nazi installation in Antarctica gains interest up to an Oval Office desperate for a distraction. A frail little man, cryogenically preserved in a brass case, headlines the find. President Marge Ellis orders ‘the man in the box’ kept under tight security and brought to a military medical facility in Orlando, Florida.

Doctor Charmaine “Charlie” Finney, LCDR, USN, a leading expert on cryogenics receives the task of reviving the mystery man she names Mensch. Nordic good looks belie her Semitic ethnicity. The administration hopes the man in the case is General Kammler who headed Nazi super weapons projects. What they find turns the world on its ear.
​
“FOUND!” cries the world’s media, when Adolf Hitler is identified. He has no memory. At learning his history, he professes remorse and a passion to make amends. Mysterious, recurrent dreams haunt him. Recent twists in statute of limitations laws soon set him free. On the outside, he discovers a following beyond any expectation. Charlie accompanies him.

He loves Charlie and calls her “My Better Angel”, but power is seductive. As much of a divided country rallies around him, will she be enough to keep him on the right path?

​© 2014-2021. All rights reserved and no exceptions. All personal works on this site are the exclusive property of I Heart Book Publishing, LLC. Work may not be transmitted via the internet, nor reproduced in any other way, without prior written consent.