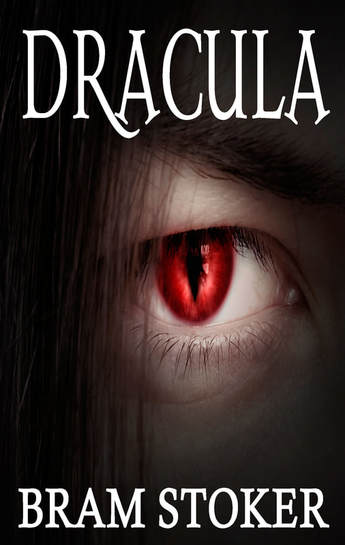 Dracula, a Gothic horror novel by Irish author Bram Stoker, introduced Count Dracula, and established many conventions of subsequent vampire fantasy books. The novel spins the tale of Dracula's attempt to move from Transylvania to England so that he may find new blood and spread the undead curse. A battle between Dracula and a small group of men and a woman led by Professor Abraham Van Helsing, spoils Dracula’s quest.
​
The story is told in epistolary format, as a series of letters, diary entries, newspaper articles, and ships' log entries, whose narrators are the novel's protagonists, and occasionally supplemented with newspaper clippings relating events not directly witnessed. The events portrayed in the novel take place chronologically and largely in England and Transylvania during the 1890s and all transpire within the same year between May and November. A short note is located at the end of the final chapter written seven years after the events within the novel.