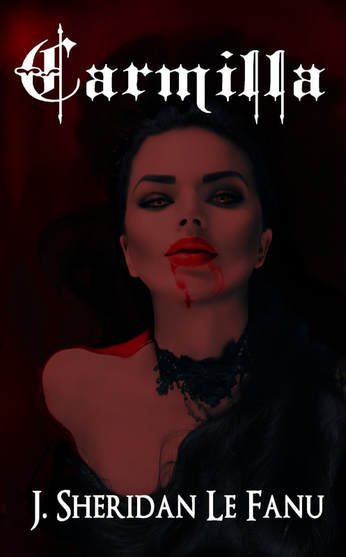 Laura, the teenage protagonist, narrates, beginning with her childhood in a “picturesque and solitary” castle amid an extensive forest in Styria, where she lives with her father, a wealthy English widower retired from service to the Austrian Empire. When she was six, Laura had a vision of a beautiful visitor in her bedchamber. She later claims to have been punctured in her breast, although no wound was found.

Twelve years later, Laura and her father are admiring the sunset in front of the castle when her father tells her of a letter from his friend, General Spielsdorf. The General was supposed to bring his niece, Bertha Rheinfeldt, to visit the two, but the niece suddenly died under mysterious circumstances. The General ambiguously concludes that he will discuss the circumstances in detail when they meet later.

Laura, saddened by the loss of a potential friend, longs for a companion. A carriage accident outside Laura’s home unexpectedly brings a girl of Laura’s age into the family’s care. Her name is Carmilla. Both girls instantly recognize the other from the “dream” they both had when they were young.

Carmilla and Laura grow to be very close friends, but occasionally Carmilla’s mood abruptly changes. She sometimes makes romantic advances towards Laura. Carmilla refuses to tell anything about herself, despite questioning by Laura. Her secrecy is not the only mysterious thing about Carmilla.