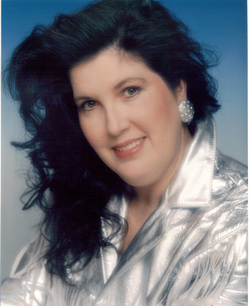 Cynthia resides in Orlando, Florida, the land of magic, surrounded by the treasured gems in her life, a caring, loving husband, dutiful and loyal daughter, and precious, delightful granddaughter. Oh and not to forget her mischievous pets--Yorkshire Terrier, Thumper and Silky Terrier, Fitzy.

Cynthia was a “Navy Brat” calling a different port home every couple of years—from Southern California, to Boston, to Virginia, to Florida and many other places in-between. She developed wandering feet and diverse interests which she passionately incorporates those experiences into her stories, bringing characters to life, and eloquently sharing the vivid images of her mind with her audience.

Cynthia worked as a real estate broker for over twenty years before retiring to Florida. Several years ago, she turned to writing to stretch her creative muscles. Those ideas of faraway places and quirky characters lay dormant for years and finally demanded their stories be told. Currently she has three vampire series, Born Vampire, Forces of Beauty and a serial comedy named The Misadventures of Dick Grewcock. She’s also written a science fiction/fantasy, several contemporary romances, as well as a paranormal she co-authored with her husband, Mike. The Shifter Tales is a story of an unusual shape shifter who is a private investigator and leads a rather interesting life because he has the ability to shift into an eight pound Yorkshire terrier. That’s right, strange as it sounds, but it works quite remarkably. Rave reviews from professional review sites as well as readers have given the story glowing praise. Currently, Mike and Cynthia have adapted the first story into a screenplay for a feature film or possibly a television series and pitching to several production companies.

Cynthia plans on putting some mileage on those wandering feet and travel to exotic locations in the coming years. So look for the journeys to be expressed in Romantic Words by Cynthia in the future. She can be found on her website http://cynthiaarsuaga.weebly.com, Blog: http://romanticwordsbycynthia.blogspot.com, Facebook: http://www.facebook.com/cynthia.arsuaga.5, Twitter: https://twitter.com/#%21/CynthiaArsuaga, Goodreads: http://www.goodreads.com/user/show/4715026-cynthia-arsuaga, Pinterest: http://pinterest.com/cynthiaarsuaga/, Linkedin: http://www.linkedin.com/pub/cynthia-arsuaga/30/101/49b 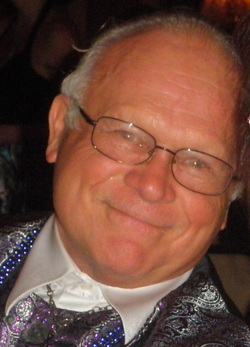 Born and raised in New Orleans, Louisiana, Mike completed careers in the United States Navy Submarine Force and the Transportation Security Administration. Although his careers have taken him all over the world, he now lives in Orlando, Florida with wife and Editor-in-Chief Cynthia, daughter Jennifer, granddaughter Larrna, Fitzy, a Silky Terrier and his partner in crime Thumper, a Yorkshire terrier.

Mike’s extensive travels took him throughout the United States, Canada, Europe, the Caribbean, and the Middle East which provide accurate and vivid settings for all his stories. Although Mars figures prominently in at least one installment of The Progeny of Evolution series, he hasn’t been there yet. The trip is high on his “bucket” list. Presently, the series has seven books which will be published through I Heart Book Publishing beginning July/August 2014. A paranormal romantic thriller short story, from Boroughs Publishing Group, titled Of Jasmine and Pomegranate has been well received. The First Servant, is his latest release and first foray into the Steampunk genre and will be releasing soon. In this Science Fiction Romantic thriller, two civilizations reach out to each other across time. For one, the past becomes the future.

Mike and Cynthia have co-written two books, Top Dog and Love and Death in the Big Easy, chronicling the story of a special shape shifter. Currently, they have adapted Top Dog into a screenplay for motion pictures or a television series.

Mike Arsuaga can be found on:

© 2015. All rights reserved and no exceptions. All personal works on this site are the exclusive property of I Heart Book Publishing, LLC. Work may not be transmitted via the internet, nor reproduced in any other way, without prior written consent..